There has been a lot of talk recently about redistricting, but most of what we’ve seen in the news relates to legislative districts. The City of Fort Pierre recently introduced new districts (wards) to reflect population changes as evidenced by the 2020 Census.

I personally learned a lot about the process. First, municipalities aren’t required to redistrict every ten years while counties are. Second, there are no state or federal laws governing redistricting; only case law. New districts must be compact and contiguous, and incumbents of existing districts should be protected. A complicating factor is that new borders must be drawn along census block boundaries, which often have no relationship to city blocks.

We are fortunate that the Central SD Enhancement District was prepared with a good computer program and training to assist their members through the process. The staff there came up with 5-6 options for us to choose from that would meet the requirements for equality and non-discrimination.

Ordinance no. 1057, reflecting the redrawn ward map, was introduced at a special Council meeting on November 18th. It will be on the agenda for final approval at the December 6th meeting and will become effective January 1, 2022. With Council approval, the new map will look like the illustration below. 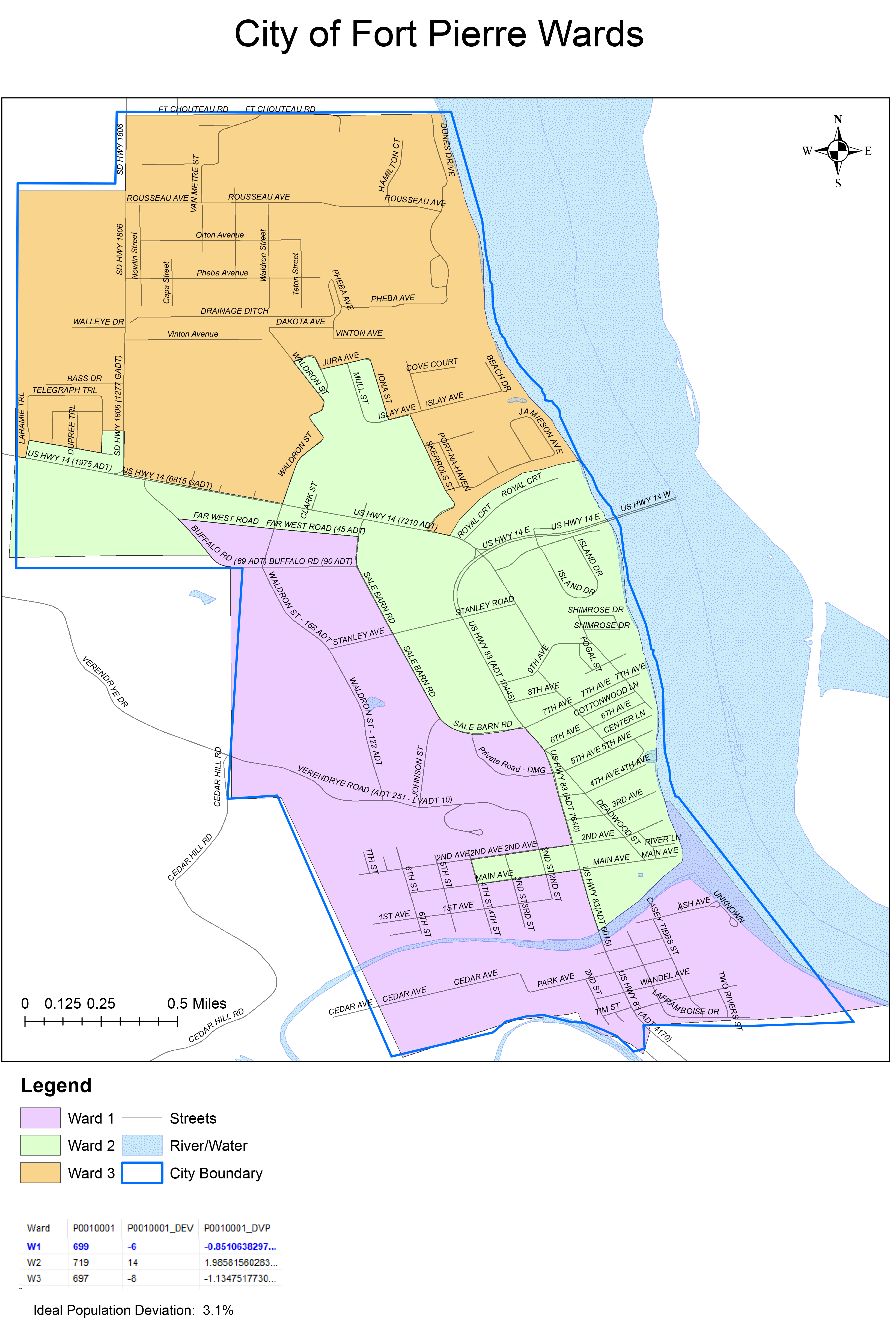