There’s been no shortage of wind lately, but it’s blown in some spring temperatures. And that warmer weather has got the City team just itching to kick off this year’s construction season. 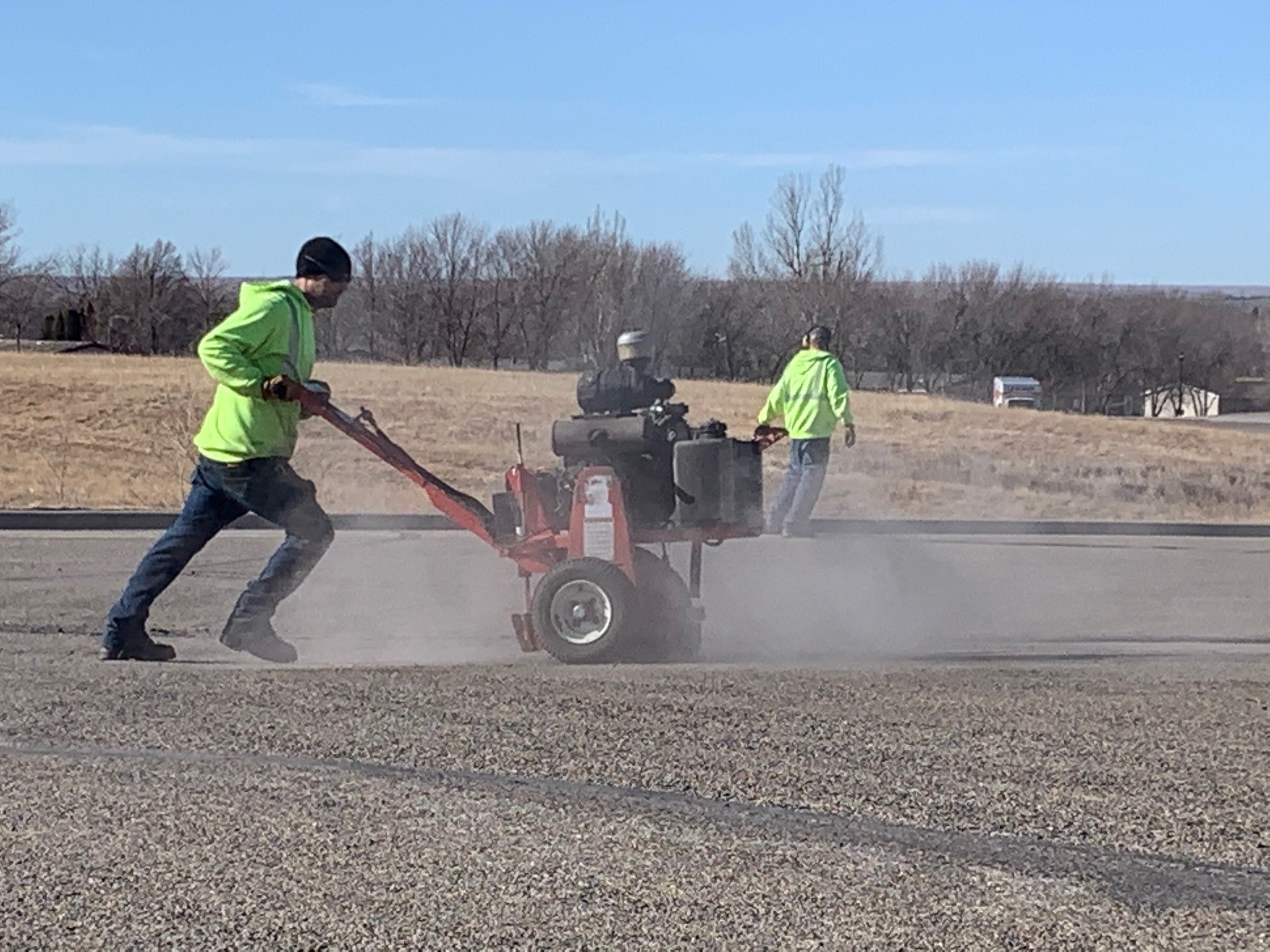 You might have already seen the Street Department out crack sealing. That’s a maintenance tactic we use to preserve the streets. We cut out small cracks in the street surface, blow those cracks out with an air compressor, and then

fill the cracks with a sealant.  It helps keep moisture from getting into the surface and degrading our streets.

Of course, we have much bigger projects on tap. Those include a continuation of Highland Avenue. You might remember a rebuild of that street, complete with new water main, got started last construction season. When all is said and done, there’ll be new water main, new curb and gutter, and a new street between Wynoka and Second Streets and the portion of Second Street that connects to Euclid Avenue.

We’re also rebuilding or resurfacing about 50 other blocks of city street. Projects are spread throughout the community, but our two most visible projects will most likely be Capitol Avenue and Northstar Avenue.

We are going to resurface Capitol between Harrison and Buchanan Avenues. Northstar Avenue between Elizabeth Street and Airport Road will also get a facelift. Both are heavily traveled streets that need repairs to manage their traffic loads.

And then we have new curb and gutter! I’ve been in local government long enough to get excited about it. For folks who don’t think it’s exciting stuff, let me tell you why it’s something to be happy about.

Second, curb and gutter work is generally a signal that street improvements are coming. When we resurface or rebuild a street, we also replace curb and gutter. Whenever possible, we replace the curb and gutter a year in advance to help expedite the street construction timeline. Our goal this year is to get 30 blocks of curb and gutter replaced before the end of the season.

You’ll see both street work and curb and gutter work starting soon. As we move into the hotter part of the construction season, we’ll fire up our chip sealing program. This is a maintenance program that helps  preserve streets and improve their drivability. We’re planning to chip seal 140 blocks this year.

Streets are a big priority for this commission, and there’s a never a shortage of work to do. We’re ready to hit the ground running as the weather allows!